Of the many historical events that have taken place in and around Charleston, probably the most dubious of them happened across Charleston Harbor on James Island.

Early the morning of April 12, 1861, Confederate troops in Fort Johnson, on the northern tip of the island, opened fire on Union forces in Fort Sumter, located in the mouth of the harbor. It was that shot that sparked the bloodiest war in American history.

In fact, James Island served as the primary battleground for the area throughout the war. The island served as a buffer between the Union-held barrier islands and the Southern held Charleston peninsula. And it was from James Island where Union troops bombarded the residents of Charleston until the conclusion of hostilities.

The island remained largely rural until the 1960s. It has since become one of the major residential areas of Charleston.

James Island is a family-orientated community, offering a wide selection of housing, from comfortable older neighborhoods to fresh, newly developed areas, all at relatively low prices considering its proximity to the beach and downtown Charleston making the area appealing to young families and retirees alike. And thanks to the recently completed James Island Connecter, a bridge connecting the island to downtown with four lanes of express traffic, James Island has seen an even stronger surge in residential development over the last ten years. Many of these developments are centered around the large marshes and tidal creeks found throughout the island.

The island is also home to a thriving Gullah community. Gullah is the culture that came when slaves mixed their African cultures with the European cultures of their captors. The culture has managed to endure and is strong in the area.

Not only is the island located within minutes of downtown Charleston, it is also a short drive from beautiful and eclectic Folly Beach. But what James Island is probably most famous for is the Festival of Lights held each Christmas at the James Island County Park. People come from all over the Lowcountry to see the spectacular lighted displays and walk through the holiday village.

During the rest of the year, the James Island County Park offers residents walking trails, a water park, campgrounds and other recreational activities. James Island is also home to the Charleston County Senior Citizens Center. The center offers a full range of activities for anyone over 55. 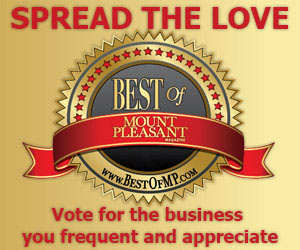